Girls Can Do Coding too!

Girls Can Do Anything is a book about choices aimed at very young children. It explores all the possible choices girls can make about their lives. From the clothes they wear to the hobbies and interests they nurture – and the careers they choose as adults. Including those in science, technology, engineering and maths (STEM).

The colourful pages are bursting with characters engaged in a wealth of activities from chemistry sets to construction, from solving sums to sub-aqua diving.

It gives a clear message to children – and their carers – that girls can have whatever interests they choose. That they can pursue any career path they choose and that their choices are as valid and valuable as anyone else’s.  It is a book that says your gender does not define you.I hope that it is also an inclusive book, where every child can find a character they have something in common with, be that hobby, passion, hair type, skin tone or body shape. I wanted all children, not just girls, to be able to find someone like them within the pages. 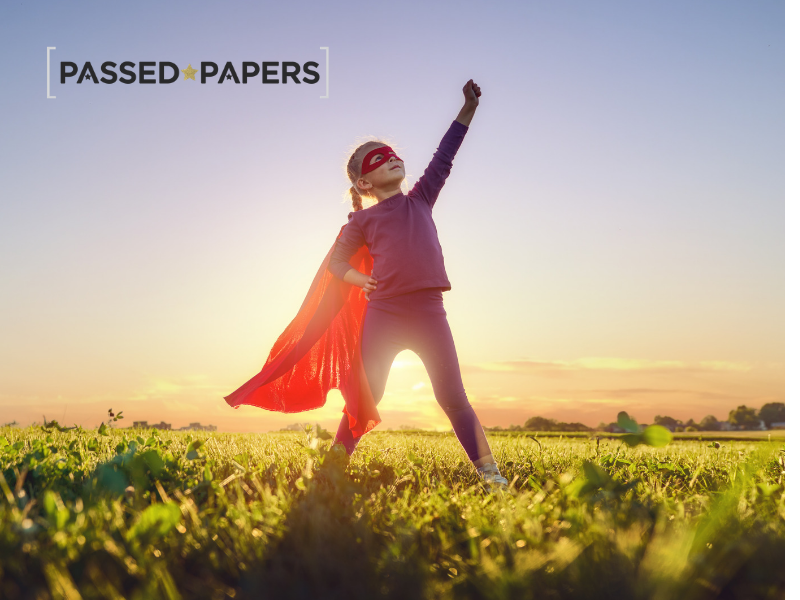 Growing up, I had no positive female role models.  Despite my parents telling me that I could do anything I wanted if I worked hard enough. The evidence in the world around me told a different story. As far as I could see, all the important things in science and history had been done by men. All the scientists we learned about were men. The statues of great achievers were of men. All the news items were about men and read by male presenters.  In books and on television, all the most interesting characters were male.

It made me question my value as a girl and made me see being female as a weakness and an annoyance. Being a physically active child, passionate about wildlife and interested in biological sciences, I felt that I was not really a proper girl. I felt that my interests and personality were abnormal for a female. Subsequently, I was often frustrated that my gender seemed anomalous with my interests because I had no relatable adult women to look up to.

Of course, I now know that society was lying to me. As an adult, I discovered that the role of women in STEM careers has been at best overlooked and at worst, shamefully misrepresented and deliberately ignored and belittled. Women have made many, many incredible contributions to scientific and technological advancements, it’s just that we don’t hear about them.  Either their achievements have been overlooked, or else the men they worked with have shamelessly taken the credit.

In her book Inferior, Angela Saini demonstrates how the scientific community has not only sidelined women but has continually lied to the rest of the world about women’s achievements and has actively prevented women from accessing the full range of education and resources available to men.  Although such blatant discrimination is frowned upon these days, it is true to say that women are still discouraged from taking the top jobs in science, technology, engineering and mathematics through a constant drip of everyday sexism that is still rife within these communities.

Girls Can Do Anything is a book that aims to redress this balance by showing children that girls can be interested and skilled in STEM subjects without compromising their identities in any way.

As well as showing children what girls can do, I wanted to prove that women all over the world are making huge contributions in their chosen fields, including STEM. I wanted to provide children with the female role models lacking from my own childhood. To this end, the book includes two galleries of inspirational women. These depict both historical and contemporary figures who have made significant contributions to STEM advancements.

These galleries are full of portraits of women who are actually doing all the things we tell children about in the book. I had many, many discussions with my editor about who to include – and who to leave out.  I was sick of hearing about the same half dozen historical figures – great as they were. Surely, I thought, there were other women out there who had made a difference, that are making a difference now. In our final selection, we included ordinary people as well as famous record breakers because we want children to grow up believing that their own goals are achievable – to know that they don’t have to be the best in the world at their chosen career, just the best they themselves can be.

I recently came across researcher Jess Wade, who has single-handedly written over 270 Wikipedia pages about female scientists of note. Her goal is not to focus on the negative statistics of how few women succeed in STEM careers, but to celebrate the amazing achievements of those that have. She aims to make these women visible to the next generation of children as proof that real women can and do make a huge contribution to these industries. She is working to redress the balance, to show the world the valuable contributions that women make every day.

I hope Girls Can Do Anything can do the same for the youngest members of our society by telling children in a very simple and straightforward way that there is nothing about a person’s gender that dictates the things they are allowed to be interested in or the careers they choose to enter.

Girls Can Do Anything does not just celebrate science, it also celebrates the value of creativity. Recent cuts to spending in schools means the creative curriculum is being butchered. Something I strongly believe is a huge mistake. The creative industries themselves provide a huge amount of employment and revenue for the UK – the music industry alone is worth over £4.5 billion.

But creativity is not just about making music, or art. It is also hugely important in the advancement of STEM. Creative thinking is essential to STEM careers because it enables us to find new solutions to problems and to develop new ways of thinking. A scientist who can’t think creatively may only seek to replicate the work of others. They may subsequently never come up with the ideas or novel approaches that ultimately lead to breakthroughs. I strongly believe we need to nurture both STEM and creativity in our young people as an investment in not only their own futures but the future of our planet. 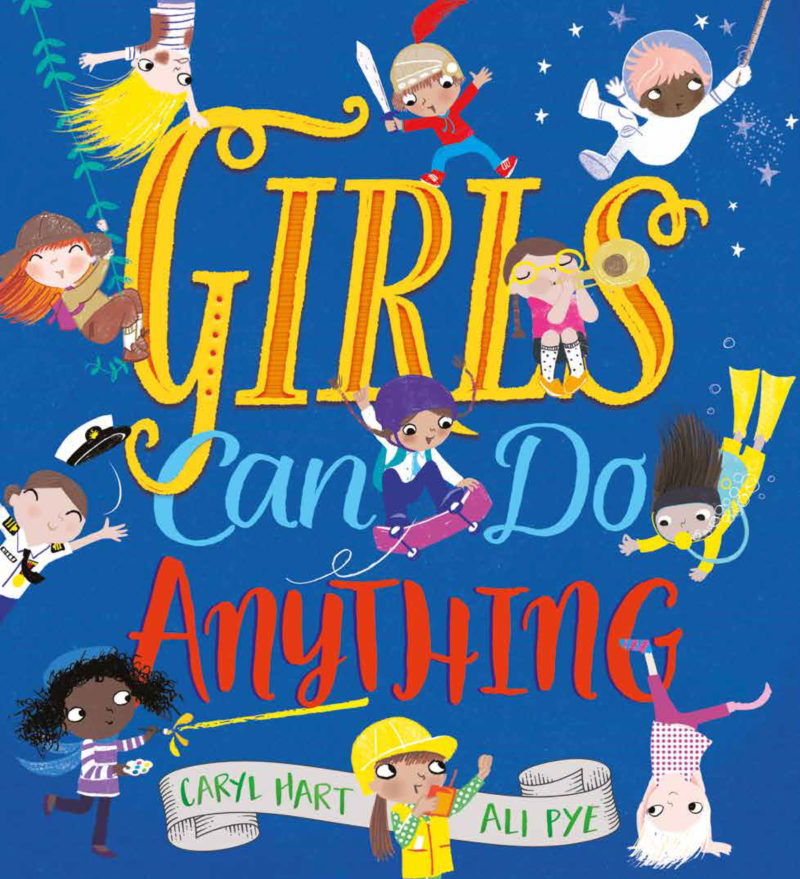 I hope that, in some small way, Girls Can Do Anything will also help reassure the next generation of children that it’s okay to be whoever they are now, and whoever they aspire to be in the future.  I hope it helps children see that their interests and passions are valued and relevant in society as a whole and that the whole spectrum of choice is available to each and every one of them.

Caryl Hart is the author of Girls Can Do Anything, which is illustrated by Ali Pye and published by Scholastic. It was shortlisted for the Independent Bookshop Week Book Awards, 2019 and has so far been translated into ten other languages.

TOGETHER WE CAN by Caryl Hart, illustrated by Ali Pye

Together We Can is a book about friendship. It celebrates the power of friendship, compassion and kindness. Subsequently showing a hugely diverse range of characters forming friendships and displaying kindness. It also shows readers different ways to make friends and be a friend too. It is a fun and empowering book that aims to increase tolerance and understanding of others and promote togetherness.

Mental Maths and other quizzes